The National and State Flippers Squad (formerly TID Squad) forms part of the Swimming Australia Pathway National Flippers Program.The Flippers Program features a combination of activities delivered by each State and nationally, with the aim of preparing identified athletes to successfully transition to the pinnacle of swimming in Australia - the Dolphins Swim Team. The Swimming Australia Flippers programs begins with the State Flippers, progressing through to the National Flippers, the National Youth Program, the Youth Transition Program and the Australian Dolphins Swim Team. 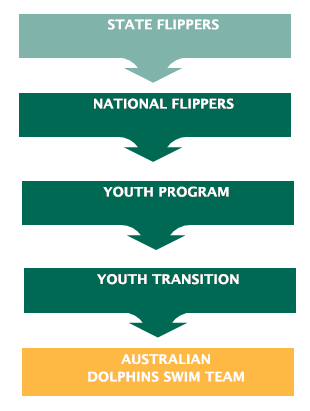 To be selected for the 2021-22 State Flippers Squad swimmers must satisfy one of the following criteria: